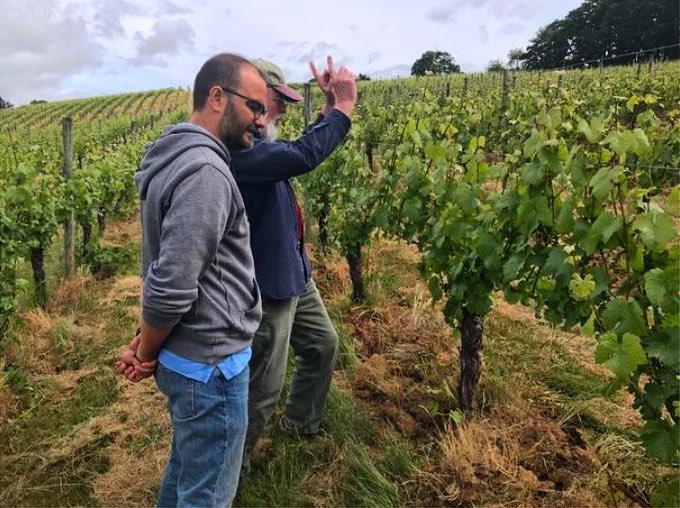 New York City man meets smalltown Minnesota woman in the Silicon Valley, and they fall in love. The only thing standing in the way of Brian and Jill O’Donnell living happily ever after in northern California was tectonic plate shifts. After a major earthquake in 1989, they decided making wine in Oregon sounded like an excellent idea, so they headed north. In 1994 the O’Donnells purchased property in the hills overlooking Carlton and began planting grape vines. Their first vintage was 1996, and they have been troubled by nary a tremor since.

The Belle Pente Estate Vineyard is located in the Yamhill-Carlton American Viticultural Area, 500 feet above sea level on gentle south, southwest and southeast facing slopes that allow the vines to capture morning and afternoon sunlight. The sedimentary Willakenzie soils in the vineyard have been farmed organically since 2000, and biodynamic techniques were adopted in 2005. Thanks to the protection of the nearby Pacific Coast Range, the vineyard tends to be a slightly drier, warmer location than surrounding areas. 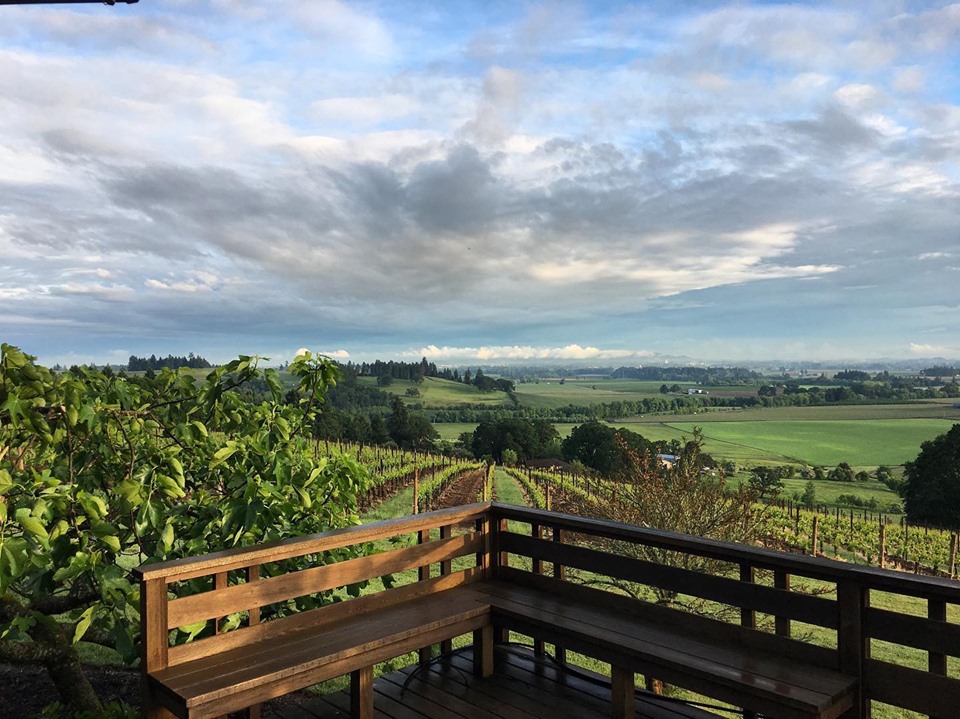 The Chardonnay 2014 is aged in a mixture of French and Oregon oak barrels and its aromas and flavors of filberts, citrus and pineapple will conjure up images of Burgundy. The Estate Reserve Pinot Noir 2014 flashes a bouquet of white flowers and black cherries on the nose, followed by concentrated flavors of blackberries and sage.

An incredible value that dazzles on the nose with dried rose petals and tart red cherries while filling the mouth with flavors of black cherries and chalky minerality.